What happens when we die? Do we have souls? Is there life after death? These are, perhaps, the greatest mysteries known to man. However, many claim that they have the answers to these questions. There are thousands of intriguing stories told by those who have been pronounced clinically dead, and came back to life. These stories share many similarities: a tunnel, an embracing light, loved ones welcoming them to the other side. Following, are some of the most well-known and top-rated books about Near Death Experiences and the Afterlife.

The Big Book of Near-Death Experiences: The Ultimate Guide to What Happens When We Die 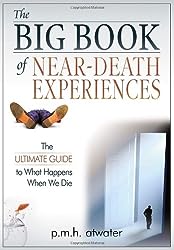 The Big Book of Near-Death Experiences encompasses every aspect of the near-death phenomenon: the experience, aftereffects, and implications. Atwater’s simple, appealing format includes drawings and cartoons by Spirit Painter and Chuck Vadun and sidebars from experts. She investigates and reports on the power of changed lives, the reality of deceased who come back, visitors at death’s edge, out-of-body travel, the expansion of normal faculties, the awesome presence of Deity and the importance of spirituality.

Dying To Be Me: My Journey from Cancer, to Near Death, to True Healing 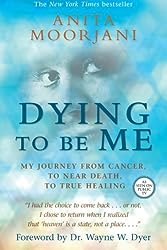 Within these pages, Anita recounts stories of her childhood in Hong Kong, her challenge to establish her career and find true love, as well as how she eventually ended up in that hospital bed where she defied all medical knowledge.

There Is No Death: The Extraordinary True Experience of Sarah LaNelle Menet 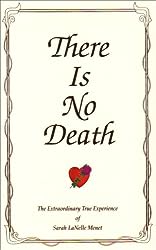 Sarah Menet was pronounced dead but she did not die. Her near death experience (NDE) is one of the most extensive ever recorded. Sarah not only visited the beautiful spirit world, describing the people, their dress, activities, and buildings; but she also visited what could be called “hell” and describes the torment of those committed to that terrible place.

The Afterlife and the True Nature of Reality: The Quest for Answers to the Great Questions of Existence 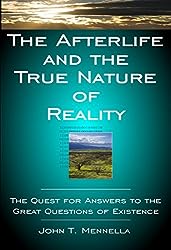 Unbeknownst to most people, pioneering researchers and scientists have developed detailed models of the afterlife and the nature of reality that provide a tantalizing degree of illumination in these areas. Join author John Mennella in his quest to find the answers to the great questions of existence, and learn how this knowledge affords us the opportunity to “hack reality” in ways that can improve and enrich our life experience.

Evidence of the Afterlife: The Science of Near-Death Experiences 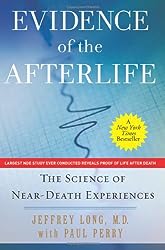 “There is currently more scientific evidence to the reality of near death experience (NDE) than there is for how to effectively treat certain forms of cancer,” states radiation oncologist Dr. Jeffrey Long is his groundbreaking new book Evidence of the Afterlife. In 1998 Dr. Long and his wife, Jody, began the Near Death Experience Research Foundation with the goal of creating a forum for near death “experiencers” to share their stories. Grounded in first-hand evidence culled from over 1,600 verified NDE accounts, Evidence of the Afterlife presents the strongest argument yet for the underlying truth of those who have died and returned to share their tales.

Heaven is for Real: A Little Boy’s Astounding Story of His Trip to Heaven and Back 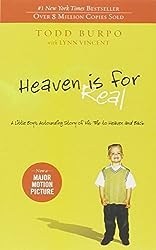 A young boy emerges from a life-saving surgery with remarkable stories of his visit to heaven. Heaven Is for Real is the true story of the four-year old son of a small town Nebraska pastor who during emergency surgery slips from consciousness and enters heaven. He survives and begins talking about being able to look down and see the doctor operating and his dad praying in the waiting room. The family didn’t know what to believe but soon the evidence was clear.

To Heaven and Back: A Doctor’s Extraordinary Account of Her Death, Heaven, Angels, and Life Again: A True Story 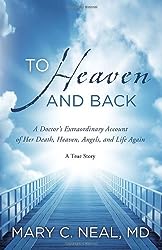 To Heaven and Back is Mary’s remarkable story of her life’s spiritual journey and what happened as she moved from life to death to eternal life, and back again. Detailing her feelings and surroundings in heaven, her communication with angels, and her deep sense of sadness when she realized it wasn’t her time, Mary shares the captivating experience of her modern-day miracle.

Embraced by the Light 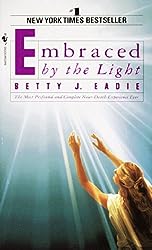 On the night of November 19, 1973, following surgery, thirty-one-year-old wife and mother Betty J. Eadie died…. This is her extraordinary story of the events that followed, her astonishing proof of life after physical death. She saw more, perhaps than any other person has seen before and shares her almost photographic recollections of the remarkable details.

Proof of Heaven: A Neurosurgeon’s Journey into the Afterlife 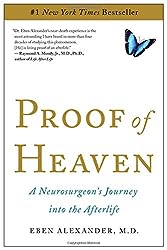 A Scientist’s Case for the Afterlife…
Thousands of people have had near-death experiences, but scientists have argued that they are impossible. Dr. Eben Alexander was one of those scientists. A highly trained neurosurgeon, Alexander knew that NDEs feel real, but are simply fantasies produced by brains under extreme stress.

90 Minutes in Heaven: A True Story of Death & Life 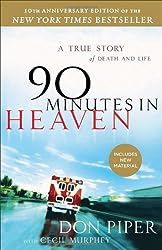 As he is driving home from a minister’s conference, Baptist minister Don Piper collides with a semi-truck that crosses into his lane. He is pronounced dead at the scene. For the next 90 minutes, Piper experiences heaven where he is greeted by those who had influenced him spiritually.

Life After Life: The Investigation of a Phenomenon–Survival of Bodily Death 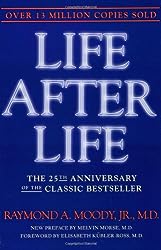 In Life After Life Raymond Moody investigates more than one hundred case studies of people who experienced “clinical death” and were subsequently revived.  First published in 1975, this classic exploration of life after death started a revolution in popular attitudes about the afterlife and established Dr. Moody as the world’s leading authority in the field of near-death experiences.  Life after Life forever changed the way we understand both death — and life — selling millions of copies to a world hungry for a greater understanding of this mysterious phenomenon.

Consciousness Beyond Life: The Science of the Near-Death Experience 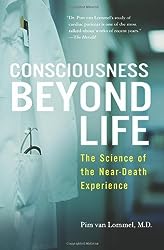 In Consciousness Beyond Life, the internationally renowned cardiologist Dr. Pim van Lommel offers ground-breaking research into whether or not our consciousness survives the death of our body. If you enjoy books about near-death experiences, such as those by Raymond Moody, Jeffrey Long, and James Van Praagh; watch televisions shows like Ghosthunters, Touched by an Angel, and Ghost Whisperer; or are interested in works that explore the intersection of faith and science, such as Spiritual Brain, Signature in the Cell, and When Science Meets Religion; you’ll find much to ponder in Consciousness Beyond Life.

Saved by the Light: The True Story of a Man Who Died Twice and the Profound Revelations He Received 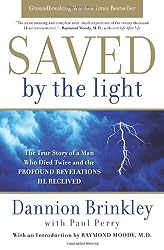 In 1975, Dannion Brinkley was struck and killed by lightning. When he awoke twenty-eight minutes later in a morgue, everything was different. He had visited the afterlife, met thirteen angels, and been given 117 revelations about the future. In the years since, one hundred of the revelations have already come true.

On Life after Death, revised 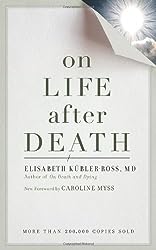 In this collection of inspirational essays, internationally known author Dr. Elisabeth Kubler-Ross draws on her in-depth research of more than 20,000 people who had near-death experiences, revealing the afterlife as a return to wholeness of spirit. With frank and compassionate advice for those dealing with terminal illness or the death of a loved one, ON LIFE AFTER DEATH offers a compelling message of hope to the living, so that they may grow stronger from tragedy and live life to the fullest.

Dying to Really Live: Memories of the Afterlife; A Non-Believer Returns to Life After a Surprising Near Death Experience (NDE Series Book 1) 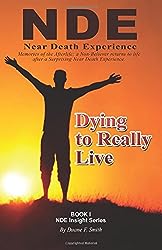 A Near-Death Experience Offering Hope For All, Even The Non-Believer . A surprising, true afterlife sage of a young Agnostic, who before his death, seemingly had everything money could buy, when a Stanford Medical doctor diagnosed him with an incurable medical condition. Eventually he was sent home “to get his affairs in order,” with 6 months to live.” . Being an Agnostic, the young man soon made peace with death, expecting only oblivion when he died. However, he was wrong. Instead of the oblivion he expected, he was taken to an amazing Afterlife. 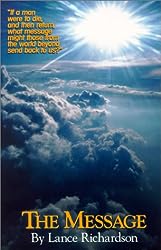 On Christmas Day, 1998, Lance Richardson was involved in an accident which later left him in a comatose state for several weeks. While his body was being kept alive by medical support equipment, his spirit passed into the world beyond. In “The Message,” Lance describes his experience in the world of spirits and delivers to us a message giving a greater understanding of the importance of families and the future of America.

My Journey to Heaven: What I Saw and How It Changed My Life 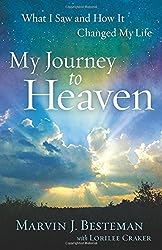 Marv Besteman went from a hospital bed to the gates of heaven and back again. He never forgot what he saw. Here’s his inspiring true story.

The Near Death Experiences of Doctors and Scientists: People of Science Go On The Record About God, Heaven, and the Afterlife 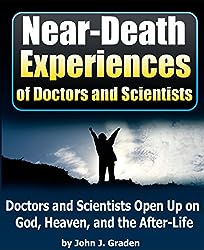 The Map of Heaven: How Science, Religion, and Ordinary People Are Proving the Afterlife 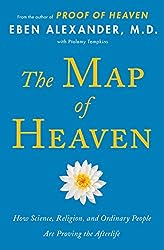 The author of the #1 New York Times bestseller Proof of Heaven teams up with the sages of times past, modern scientists, and with ordinary people who have had profound spiritual experiences to show the reality of heaven and our true identities as spiritual beings. The Map of Heaven takes the broad view to reveal how modern science is on the verge of the most profound revolution in recorded history—all around the phenomenon of consciousness itself!

A Conversation Between Two Babies Inside A Mother’s Womb
Life After Death: A Conversation with a Cardiac Surgeon [VIDEO]
The Bizzare Electromagnetic After Effects of Near-Death Experiences
Journeys to the ‘Other Side’
8 Cutting Edge Minds Answer the Question – What Happens After We Die?
The Nine Veils that Shroud the Human Soul

This article has 87 Comments