Osiris, the green-skinned god of the underworld, lord of the afterlife and judge of the dead, is one of the best-known gods from ancient Egypt. His story provided his followers with reassurance for life after death, that the Nile would keep their lands fertile, and was an inspiration for what a king should be. He is the only deity that is referred to in ancient Egyptian writings simply as ‘god’ – a surefire indication Osiris was both powerful and popular. Being considered a good god, Osiris was also credited with teaching humanity agriculture, the arts, religion, laws, and morality. And his followers really enjoyed holding festivals in his honor.

Osiris and the Pharaoh

Some scholars have suggested that Osiris may have his origins in Lower Egypt as a very ancient king of Busiris. However it seems more likely that he was the local god of Busiris personifying Underworld fertility. Either way, by 2400 BC Osiris’s role and reach had expanded, as he became linked to the pharaoh. This connection was threefold; first, his story had evolved to include his role as the first king of Egypt – the one who had established the values for later kings to uphold. Second, he was considered the king’s father because he was Isis’ husband and she was said to be the pharaoh’s mother. Finally, Osiris was the higher aspect the pharaoh sought to become after death.

A Son of Gods – The Beginning of the Osiris Myth

The name ‘Osiris’ is the Greek form of the Egyptian name Asir (or Wsir or Asar), which may mean “the Powerful”, “the one who sees the throne,” or “the one who presides on his throne.” Later on, Osiris became known as Un-nefer, “to open, appear, or make manifest good things or beauty”.

From the 5th Dynasty (circa 2513–2374 BC) on, Osiris was also a member of the Ennead (a.k.a. the Great Ennead and the Ennead of Heliopolis), a group of nine Egyptian deities which were worshipped primarily in Heliopolis, but whose influence spread to the rest of Egypt as well. That’s also when Osiris became known as the first child of Geb and Nut.

Geb and Nut were the children of Shu and Tefnut, the creation of the first god, Atum. Osiris’ siblings were Set, Nephthys, and Isis. These three beings played key roles in the Osiris myth. 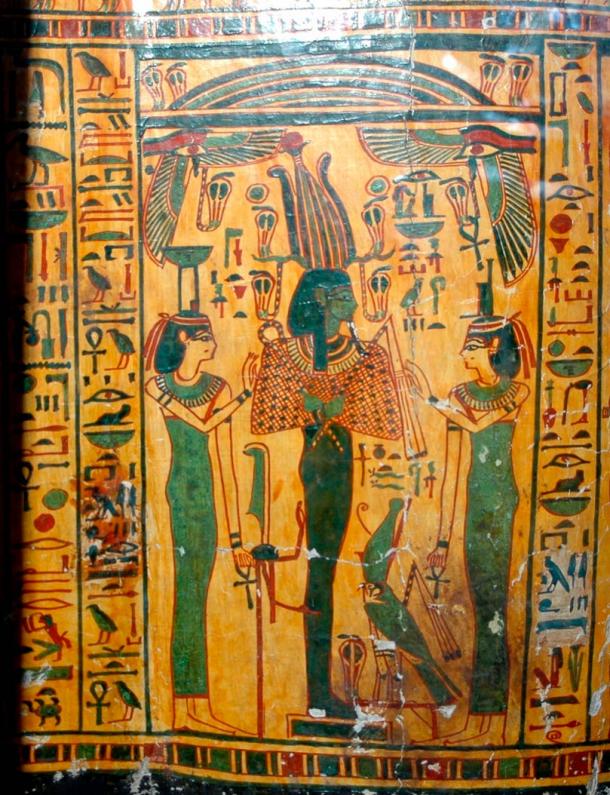 The Myth of Osiris and Isis…and Set

There are some variations on the Osiris myth, but generally the story begins with Osiris as the king of the ancient Egyptians. Either through providing his wife and sister Isis with the power to rule in his place when he was away spreading civilization, or through the other’s pure envy, Osiris angered his brother Set. Set resented Osiris’ success and is said to have conspired to kill his brother after Set’s wife Nephthys pretended to be Isis and seduced Osiris. The god Anubis was the result of their union. Some versions say that Set also lusted after Isis.

As an interesting side note, Nephthys was believed to have been barren before she became pregnant with Osiris’ offspring. This part of the myth was later linked to the Egyptian desert flowers which didn’t bloom for years, until a large flood (Osiris) helped the barren land (Nephthys) become fertile and provided them with life (Anubis). Myths also said Anubis honored his father Osiris by giving him the position as the god of the Underworld .

Set soon put a plan in motion to get his revenge. According to Plutarch, Set either drowned or killed Osiris. The story is often said to include a beautiful chest tailor-made to Osiris’ size. Set ordered the creation of the chest and then invited his brother to a banquet. During the feast, he offered the remarkable chest to anyone who could fit inside it. Everyone tried it, but only Osiris fit inside. The moment Osiris laid down in the chest, Set nailed the lid closed. Then he sealed the chest with molten lead and threw it, along with his brother, into the Nile.

The chest (which some say inspired the idea for Egyptian sarcophagi ), was carried out to sea and then came to rest in a tamarisk tree growing near Byblos in Phoenicia. The tree grew around the god in the coffin and he remained there until he died. The local king later decided he liked the same tree and, with no knowledge of Osiris’ body inside it, had it turned into a column for his palace. 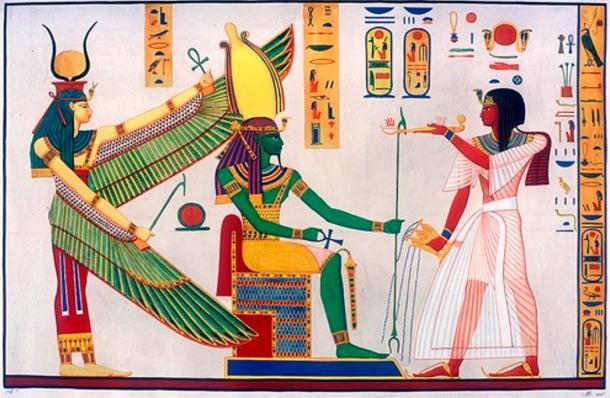 Isis had been out looking for her beloved and eventually happened upon the palace, there she was taken in and cared for the king’s children while disguised as an old woman. When she revealed herself as the goddess after saving one of the king’s sons, the king offered her whatever she wanted. She chose the column and thus Isis found Osiris’ remains.

The goddess returned to Egypt with her husband and worked to reconstitute his physical body. Then Isis transformed herself into a kite (bird). She used magic words and the beating of her wings to revive him and then conceived a child with him. That child was Horus. She then hid her husband’s body and went off to raise her son.

The Secret Meaning Behind Leonardo Da Vinci’s Vitruvian Man
Know The Interesting Story Behind Your Birthday
We Are Born 7 Times In This World – Find Out Which Number You’re on Right Now
The Unseen World
3 Deadly Emotions: The Mind Body Connection That Can Kill You
6 Top Supplements to Enhance and Bring Clarity to Your Dreams