Recently I was at a spiritual retreat. One afternoon, the women were scheduled to have a tea, to share memories of some wise women many of them had known.

What were we guys to do? The schedule just said, “Men’s Joke Session.”

At the appointed time, several of us sat down in the dining area and timidly began to tell jokes. We were like bellows blowing into a tiny fire, trying to keep it alive. We succeeded, barely. Then some more men showed up. Now there were enough of us who were either real impresarios or, like me, willing to take the risk that jokes we may not have told for years would somehow come out of our mouths intact enough to draw a laugh!

The added manpower got some momentum going. After a while, I was pulling up every joke I could even half-remember, from as far back as high school! The Milt Famy joke! The Crunch Bird joke! And possibly because of my own ethnic background, a number of jokes about “two Jewish guys.”

Other men were doing the same thing. There were so many jokes I’d never heard!

I noticed that one or two of these guys didn’t even have to get to the punch line! Everything they said was equally funny. Their very faces were funny! What a gift!

I walked away an hour and a half later feeling I’d had one of the best times of my life. We’d laughed our way into Heaven! I rode a huge wave of joy!

My inspiration in humour was my Dad. I used to “work” at his furniture store occasionally as a small boy. In the evenings, he and I would put on face masks of the great comedians of the 1950s. The masks were advertising gimmicks from the Maytag Company. If we were lucky enough to get a night with no customers, we’d sit in front of a store TV and watch Sid Caesar, Milton Berle, Red Skelton, and our other idols.

Dad was an amateur comic. He always carried in his wallet a folded card with 50 or so punch lines scrawled on it. I started doing the same thing!

When Dad died in 2001, I’d just put my website online. As a memorial to him, I created a feature that shares many of the jokes he told me during my childhood. I added a few others, but only if they met the very high standards of Dad’s jokes.

These jokes are hilariously funny. They’re also, almost all of them, profound! You could write an ethical or moral treatise about the point most of them make—except that the joke makes the point better!

As an example of the depths of humour, here is one of the simplest jokes I know:
A person says to a friend, “Ask me how I am.”
The friend says, “How are you?”
The initiator replies, “Don’t ask!”

Here we have the human condition in a few lines: The desire to reach out; the ambivalence about life itself.

The treasury of humour on my website is called The Hall of Famous Jokes.

One of life’s gifts

Like Nature and music, humour is one of the great gifts that help to anchor us in our lives, and aid us in getting through difficult times. It is well-known how oppressed people have used humour to vent their resentment. Here’s a joke from the great film, The Lives of Others, about the last days of the East German Stasi (Secret Police): 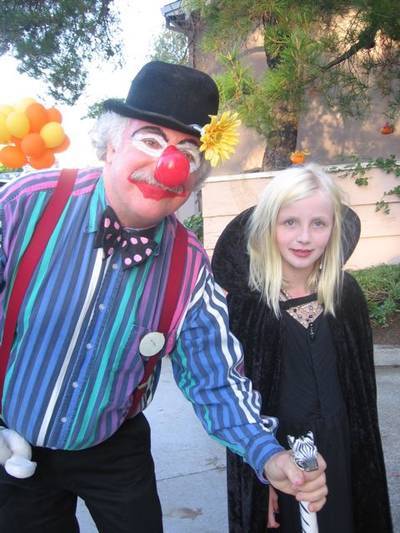 I recently looked up the word “humour” in the dictionary, and found the first definition to be instructive: “A comic, absurd, or incongruous quality causing amusement: the humour of a situation.”

Arthur Koestler writes in his monumental work, The Act of Creation, that the basis of humour is the same as that of art, science, or any form of creative discovery: the uniting of two apparently incongruous realities.

This is, specifically, what the punch line of a joke does. Here is an example from my online joke collection:

Koestler devotes the whole first part of his book to an analysis of humour, then goes on to write long sections about artistic creativity and scientific discovery. He even invents a word for humour’s basic principle: “bisociation.”

“The act of humour or creativity is made to vibrate two apparently incompatible wavelengths simultaneously,” he writes. The punch line of a joke, for example, or an allusion or symbol in literature, is not merely linked to one associative context, but “bisociated” with two.

A divine sense of humour

Sages have often spoken of the entire Creation as God’s Leila, or “Divine Sport.” Meher Baba, a spiritual personality of recent times, said that this Leila is sustained by God’s sense of humour. Baba went on to explain that “God’s sense of humour is so pervasive that there is not a person who is totally devoid of it.” 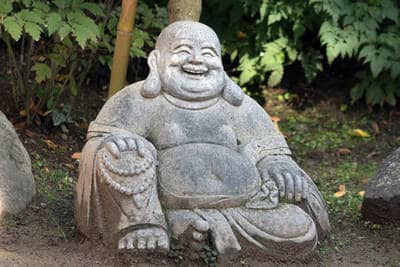 He went even further to elucidate some examples of God’s sense of humour in the spiritual realm. Here are two of the most significant, taken from his biography Lord Meher:

Although each of these stories does exemplify Koestler’s principle of uniting two apparent incongruities—immortal God and the mortal world—I found myself more amused, after the shock wore off a bit, at the vast difference between Divine and mortal humour than at the “jokes” themselves!

To learn more about humour and its benefits, take a look at A LAUGH A DAY: The healing power of humour [infographic]»

The Benefits Of Himalayan Rock Salt Lamps
Three Causes of Spiritual Illness
Emotional Frequencies: Why Most Old Souls Are Empaths
Your Body Is A Mirror Of Your Life
11 Self-Awareness Exercises For Spiritual Seekers
The Dark Side of Spirituality