The Dharma Wheel is an Ashtamangala, or one of ‘Eight Auspicious Symbols’, a set of sacred symbols found in Indian religions. Although the Dharma Wheel is found also in Hinduism and Jainism, it is best-known as a Buddhist symbol. Known also as a Dharmachakra, the Dharma Wheel in Buddhism is an important symbol that represents the teachings of Buddha. The wheel’s symbolism, however, may be interpreted in a number of different ways.

Wheel of the Law

The word ‘dharma’ may be translated to mean ‘law’, and therefore, the Dharma Wheel may be said to be the Wheel of Law. This well-known Buddhist symbol may have had its origins in Hinduism, as the god Vishnu is commonly depicted as carrying a wheel / discus. In Hinduism, the wheel / discus is regarded to be a powerful weapon capable of conquering passions and desires. 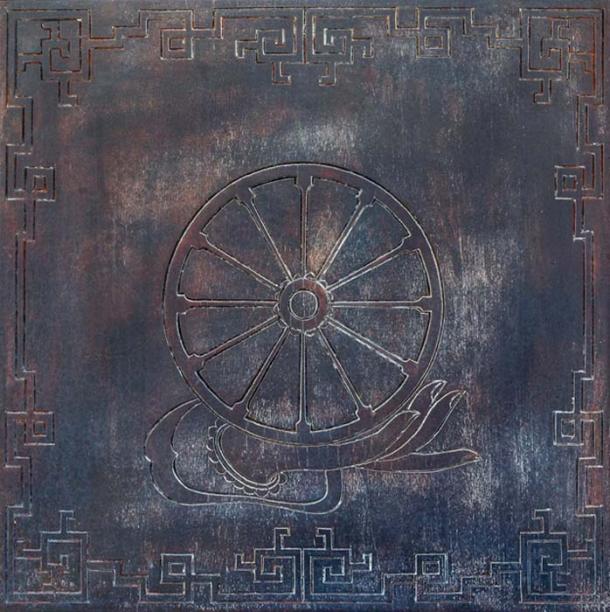 Wheel of a Chariot

The Dharma Wheel is also described as being the wheel of a chariot, and consists of three elements – the hub, the rim, and the spokes. These elements of the Dharma Wheel, however, may be depicted in a variety of ways. For example, the hub may be an empty circle, another wheel, a yin-yang symbol, or three shapes swirling together. Although the Dharma Wheel is commonly depicted as having eight spokes, this is not always the case. The different number of spokes represent different ideas.

The Dharma Wheel is rich in symbolism and may be interpreted in a number of ways. For instance, the shape of the wheel, which is a circle, represents the perfection of the dharma, or the teachings of the Buddha, whereas the three components (the hub, the spokes, and the rim) represent the three aspects of Buddhist teachings that relate to ethics, wisdom, and concentration. As the centre of the wheel, the hub symbolises discipline and mental stability, which are vital for meditation. The spokes represent the wisdom and awareness needed to dispel ignorance, whilst the rim represents the state of consciousness required to hold everything together. 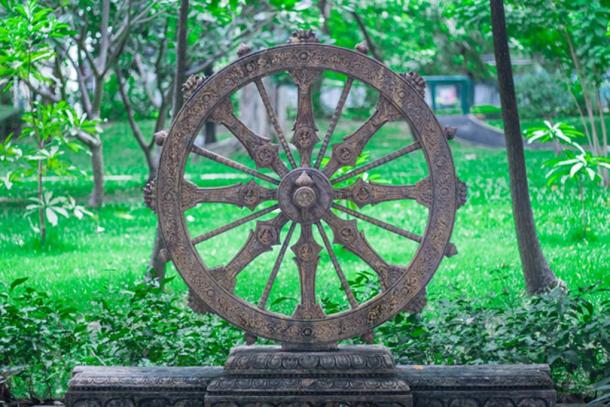 The Dharma Wheel is most commonly depicted as having eight spokes. These spokes are meant to represent the Noble Eightfold Path, which consists of the eight practices that would lead a person to liberation from samsara (the cycle of rebirth). Dharma Wheels rarely have four spokes, but when these occur, the spokes symbolise the Four Noble Truths, or the four dhyanas (a series of cultivated states of mind). Dharma Wheels may also have 10 or 12 spokes, the former representing the ten directions, whereas the latter the Twelve Links of Dependent Origination. Some Dharma Wheels have 24 spokes, and represents both the Twelve Links of Dependent Origination and the reversing of these links, or the 24 qualities that Buddhists ought to strive for. Finally, there are Dharma Wheels with 31 spokes, and these represent the 31 realms of existence in Buddhist cosmology.

Understanding and Adapting to the Spiritual Gift of Anxiety
Was There a Civilization X? Evidence Indicates There Was...
Scientific Proof that our DNA is Mutating
Have You Ever Woken Up in the Middle of Night Paralyzed? Sleep Paralysis...
Yes, You Can Actually Die of a Broken Heart- Here is the Science
This “Cube Test” Will Reveal Hidden Secrets About Your Personality